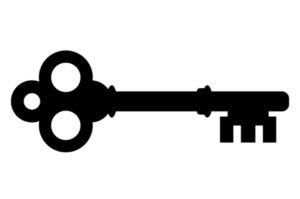 Why a £20 skeleton key, designed for locksmiths, is behind thousands of tool and van thefts

In the last year, it has been claimed that a £20 skeleton key is behind thousands of vehicle and tool thefts across the UK. The Ford Tibbe Premium Lock Pick and Decoder tool, designed for locksmiths, sells for between £20 to £30. What’s more damning is the availability of the lock pick and decoder: they can purchased online, without a quibble.

On one website, it has been quoted as “[one of] the top 5 lock picking tools EVER in terms of how effective it is.” As the Transit is Ford’s most popular van with business concerns, it is a popular target amongst thieves. Especially with intruders bearing a skeleton key, like the £20 one. Here’s one user’s experience:

A Facebook page known as Van and Tool Theft Awareness has expressed the concerns of persons affected by the skeleton key holder’s motives. There are pictures of vans, that have been forced open by the Tibbe locks. As revealed by Simply Business’ data sources, there has been a 30% rise in tool theft. Also a 40% increase in claims.

With the £20 skeleton key gaining notoriety for van theft and tool theft, Steffan George from the Master Locksmiths Association favours the restriction of their sale. He said: “These are legitimate locksmiths tools. But they shouldn’t be available to everyone.

“We would welcome a restriction of their sale.”

BURGLARS. Get your work tools on @AmazonUK now, there are some great deals available
(via @Cannonballjim) pic.twitter.com/7z19gguBLe

Clever response. The Ford Tibbe Lock Pick on the photo gets you straight into the back of a transit enabling criminals to steal livelihoods