A Brief History of Banbury 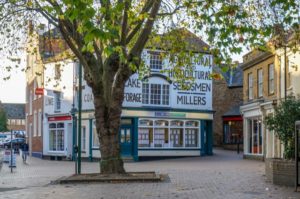 The Origin of Banbury and Influence of Roman and Anglo-Saxon

Banbury is an old town located in the current district of Cherwell. The town history dates over one thousand and five hundred years back. The name Banbury was derived from two names. First, part “Ban” comes from a Saxon Chieftain known as Banna who is said to have developed a stockade in the town. The “Bury” part is copied from the term burgh, which refers to settlement. END_OF_DOCUMENT_TOKEN_TO_BE_REPLACED