Some useful facts about CCTV that you might not know, or had forgotten about in the mists of time 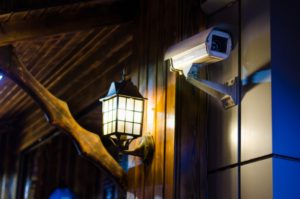 1. The first CCTV system was installed by Siemens AG in 1942. This was for Test Stand VII in Peenemunde in Nazi Germany to oversee the launch of its V-2 rockets.

2. In 1949, the first commercial system to be installed was in the USA by Vericon. Back then, there was no way of recording CCTV images. This would arrive in the 1980s.

3. Olean in New York state was the first city to use closed-circuit television for fighting crime. This was implemented in September 1968 to protect its main shopping street.

4. There has been CCTV cameras on the UK’s buses since the 1980s. Lower costs in the following decade saw a steady rise in their usage. Greater Manchester Transport fitted closed-circuit television cameras to some of its Leyland Olympian buses in early 1986.

5. The first part of the UK to use outdoor closed circuit TV cameras on a permanent basis was Bournemouth, in 1985. This followed on from successful experiments elsewhere in the UK.

6. Its first use by local government in the UK was in the Norfolk town of King’s Lynn, in 1987.

7. In the UK, you may be seen by 70 CCTV cameras on a typical day. A commute to work would involve surveillance cameras at railway stations, the train itself, and at a coffee shop or a bakery. As well as the streets you walk along.

8. Most of the UK’s closed circuit television systems are owned by private companies and individuals. The falling cost of digital CCTV systems have contributed to their popularity among households.

9. In Singapore, they have been used to trace loan sharks as well car parking offenders and litter droppers.

10. In 2013, it was stated by the British Security Industry Authority that Britain has a CCTV camera for every eleven people. That’s around six million cameras.